Flood Relief Efforts by FreeMakan Extended to Other Affected States 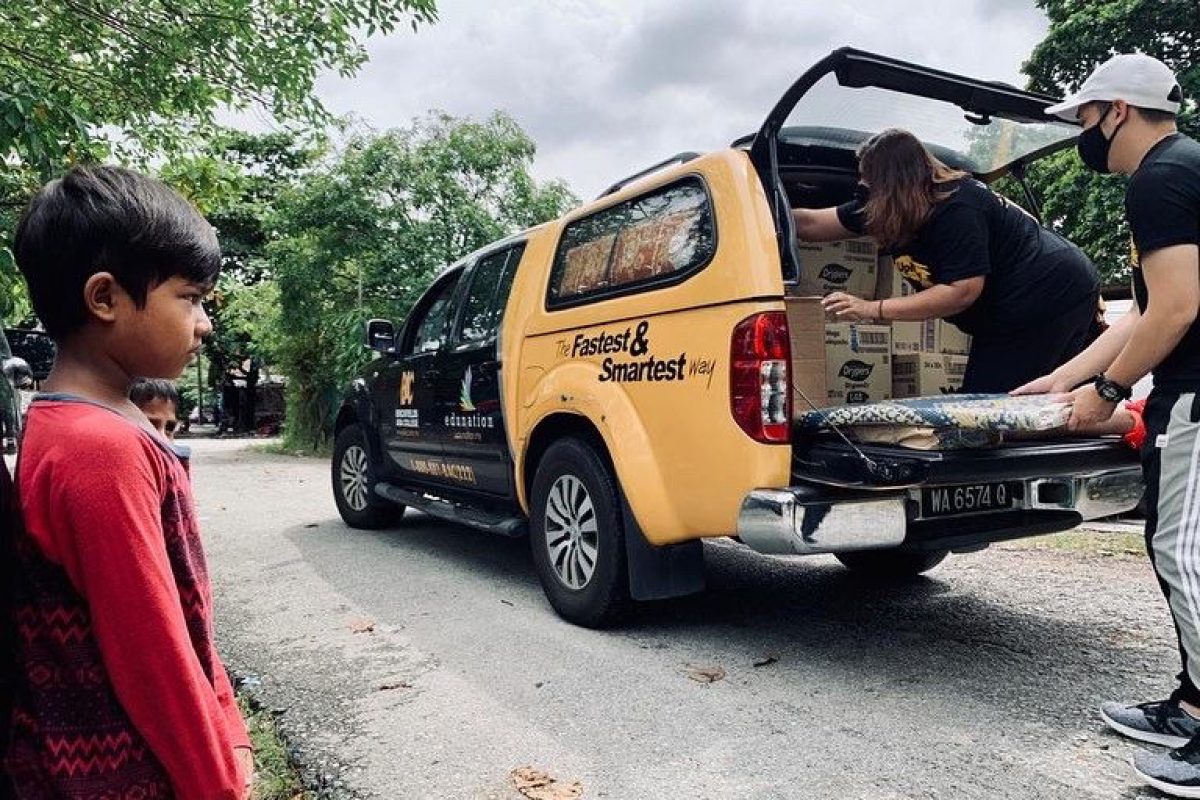 In response to the flash floods that have displaced the lives of thousands, FreeMakan, together with UPLIFT (Pertubuhan Bangkit) and the BAC Education Group, continues to deliver essential items to the victims.

Among the places Team Uplift visited on 22nd December was the Dewan Kiambang Seksyen 7, Jalan Platinum 7/58, Shah Alam, where supplies for 50 people were distributed.

Having dropped off essential items at the first location, the team then headed to Section 20, Shah Alam.

Among the flood victims were also were the migrant and refugee communities. Team Uplift also visited affected Myanmar refugee families in Sentul to distribute essential items needed by them.

With the day coming to an end, other locations too were covered. Team Uplift volunteers braved rising water levels in Section 24 and Bukit Lanchong in Shah Alam, to bring necessary aid to families affected by the floods there.

Families from Carey Island in Klang will also receive some temporary respite as the team dropped off items  at the Sri Maha Mariamman Temple in Bandar Putera Klang. Aid was also dropped off at a temple in Shah Alam, to be distributed to 100 affected families in Ladang Harun, Jalan Kampung Jawa.

The next few days will see Malaysians and society in general banding together for a noble cause – from rescue missions, to clearing and cleaning debris from damaged houses. Although celebrations this year end will be a muted one for many, it is nice to see the spirit of togetherness prevalent amidst a time of uncertainty.